Overbought and Oversold in Forex Trading

A lot of new traders think that forex trading is all about buying low and selling high. While this is true, traders need to consider other factors such as overbought and oversold.


Overbought and oversold are two terms that often appear in forex trading analysis. These two conditions are very important. Every trader should spend some time to learn and understand these conditions because they could assist in reviewing the current price conditions and then formulate some steps to deal with this situation. But before we discuss it further, let's get acquainted with the definition of overbought and oversold in forex trading. 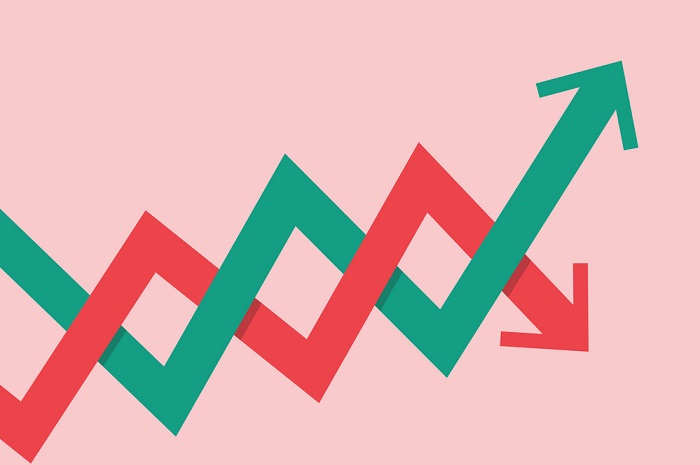 Overbought is a condition where the price has reached its peak after increasing for some time. This situation is generally preceded by a very significant uptrend movement. After the price increase is sufficient enough, traders and investors who previously open buy orders will close positions to make a profit. This specific price point is the very definition of overbought conditions.

As more and more market participant chooses to close their long positions and do profit-taking, the price will naturally weaken after passing its overbought levels. Then, as more traders and investors review their portfolios and decided to end their buy orders, the decline in price will occur after the overbought level has been passed.

Meanwhile, oversold is the opposite of overbought. This condition reflects the price that has reached its bottom after a period of moving downward. Preceded by a sharp downtrend, oversold can occur caused by a very large push to sell from traders and investors. When the price decline is considered to be too extreme and the majority of market participants take profits by closing short positions, the condition of oversold occurs.

How to Recognize Overbought and Oversold?

Both overbought and oversold can be identified with the help of an oscillator indicator such as RSI (Relative Strength Index) and Stochastic, which has two extreme standard levels. If you are trading with the MetaTrader platform, these types of indicators can be displayed in the following ways: RSI and Stochastic can both measure overbought and oversold but through different standard levels. When using the RSI indicator, the limit is 70 for overbought and 30 for oversold. While for Stochastic, the standards are 80 and 20. Suppose you are using the RSI, an overbought condition is seen when the indicator chart has risen beyond the 70 levels. Conversely, oversold is confirmed when the RSI chart drops past the 30 levels. The observation on the Stochastic indicator is more or less the same, it's just that the benchmark level is 80 for overbought and 20 for oversold. 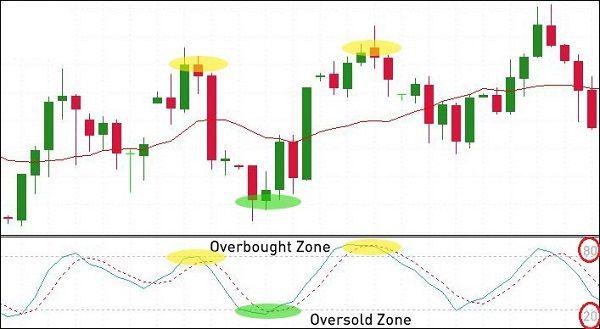 Why Are Overbought and Oversold Important?

Because it reflects an overbought condition, overbought is an important signal indicating a potential bearish reversal. Conversely, oversold is interpreted as a marker of a bullish reversal. For this reason, crossing RSI or Stochastics signals from overbought and oversold levels are often anticipated by traders upon taking a position based on trend reversal strategy.

See Also: Trade By Following Or Against The Trend?

How to Trade with Overbought and Oversold?

Say the price is currently going up rapidly but the RSI chart has crossed the 70 level, which means the price is likely to reverse down soon. In this situation, the ideal step to take is to open short positions. Although its main function is to provide entry signals for users who apply trend reversal strategies, overbought can also be used by traders who follow trends (trend followers).

Usually, overbought is an initial signal for trend followers who are still holding long positions to look for the perfect exit point. Then what about oversold cues? Just like overbought, oversold signals are an entry requirement for trend reversal strategy users. However, if overbought becomes a sell signal, oversold is used as an indication to open a buy position. If you use the RSI indicator, this signal appears when the indicator chart continues to fall past the 30 levels. At this time, even trend followers will respond by getting ready to end short positions they have held or avoided opening positions because they are not supported by a downtrend continuation signal.

Watch Out for These Conditions

Even though they are often relied on in forex trading with a trend reversal strategy, overbought and oversold still have risks. To anticipate this, traders who observe these two signals need to consider the following things: You can also refer to price action signals when overbought occurs. If the price forms a pin bar or other reversal pattern, then trading entry with a trend reversal strategy can be confirmed. The appearance of such signals will validate your position. The Commodity Channel Index (CCI) is included in the category of oscillators which are often used as a tool to find momentum. Because it is an oscillator, CCI is also used as an overbought and oversold indicator, as well as when there is a divergence in the direction of price movement which indicates a possible change in trend direction.

Thus, the CCI is an indicator that measures the extent to which price has moved from its average value. When CCI is in the overbought or oversold area, it means that the price has passed the normal movement deviation value (standard deviation) from its average. An overbought condition is a signal to sell and an oversold condition is a signal to buy.

The Risks of Using CCI as a Sole Indicator

If you are trading solely on CCI without a combination of other indicators and price action analysis, there will often be error signals or false conditions. This is because CCI is a lagging indicator or an indicator that is always late in responding to price movements. CCI will give a signal after the last closing price. Here's an example: Moving Average is used as a trend indicator because CCI does not show trend directions. It simply provides traders with information about the strength of the current trend. 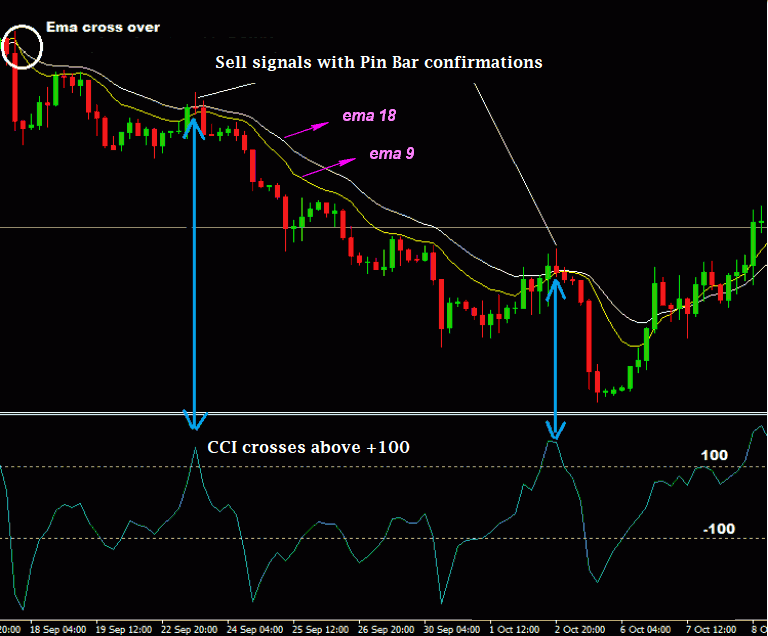 With 2 EMA lines, it can be seen that when the smaller EMA period (EMA 9) crosses the larger EMA (EMA 18) from the top, the price movement will reverse downward.

For a sell entry, we have to wait until the CCI is in the overbought area, which is confirmed by the price action that has been formed. In the example above, the price formation is a Pin Bar.

Conversely, when EMA 9 crosses EMA 18 from below, the price movement will reverse upward. So to get the best time to open a buy position, we have to wait until the CCI moves past the oversold area.

In this case, the stronger the resistance or support level, the more valid the CCI signal. The two trading methods above can be applied at all time frames. Do note that the higher the time frame you use, the more valid the signal is. One example is trading with the daily time frame .


Tom Morris once said that the art of writing is the art of discovering what you believe. Thus, it has become my objective to only write forex trading contents that I believe useful for many readers.

How to Trade with Flag Patterns

What is Triangular Moving Average?

How to Trade with RSI Indicator

What Makes Hammer Candlesticks So Special?