Central Bank of Russia (CBR) granted licenses to very few brokers. So, which ones are the best forex brokers in Russia? Here is a brief review of them.

Once upon a time, Russia was famous as the origin of several globally popular forex brokers. But they were also infamous as forex brokers with weak legal footing. Responding to the challenges, Russian government introduced several laws to re-regulate the industry. How did the latest law impact forex trading in Russia? Which company are the best forex brokers in Russia? We will answer these questions for you.

Forex booms in Russia were related to the government decision to enact flexible exchange rates in the 1989. Central Bank of Russia (CBR) subsequently established Moscow Interbank Currency Exchange (MICEX) to facilitate currency transactions for banks and enterprises. MICEX grew to become the largest universal stock exchanges in the Russian Federation and Eastern Europe nowadays. However, forex and CFD industry was ignored by the officials for some time afterwards.

A lot of forex brokers operated in Russia since the 1990s onward without sufficient legal framework. They were usually licensed by independent self-regulatory agency that operated outside the government, such as Centre for Regulation in OTC Financial Instruments and Technologies (CRFIN) and Financial Markets Relations Regulation Center (FMRRC). They granted licenses to Russian forex brokers, but could not enact any sanction against foul play done by its members. This caused lack of trust against Russian forex brokers and rampant fraud in the region. The first official effort to regulate the industry began in 2004 through the establishment of Federal Financial Markets Service (FFMS/FSFR). But the Russian federal financial market regulator was disbanded in 2013. The Central Bank of Russia took over FFMS's function, including supervisory roles against Russian forex brokers.

The Central Bank of Russia launched far stricter law enforcement. Forex brokers were given January 2016 deadline to obtain licenses from CBR, or abstain from carrying out their services in the region. Since then, CBR only granted licenses to a handful of brokers.

Official requirements from the CBR for companies that sought licenses were not so complicated. Supply minimum capital of RUB 100 million ($1.5 million), enter Association of Forex Dealers (AFD), and contribute RUB 2 million to the compensation Fund. However, brokers' licenses were prone to unexpected revocation, as experienced by Alpari Forex, InstaForex, and TeleTrade Group that was accused of violations. Consequently, a lot of Russian forex brokers went offshore or sought licenses from European regulatory bodies.

Sergey Shvetsov, Deputy Governor of the Bank of Russia, famously compared the forex market to a casino. He also mentioned that the regulator is not interested in the development of such companies in Russia. That was back in 2015.

So, what did it mean for Russian residents who wanted to trade forex? You could legally trade forex in Russia. However, it might be difficult to choose the best forex brokers in Russia based on CBR policy. You have very limited choices. You also have to come personally to one of the broker's offices to sign framework agreement and risk disclosure.

As of 2019, there were only four forex brokers known to still own licenses from CBR. They are Finam Group, PSB Forex, VTB Forex (owned by state Promsvyazbank and VTB), and Alfa-Forex (owned by Alfa-Bank). Just three days ago (August 13, 2020), PSB Forex submitted application to voluntarily revoke its licenses due to weak financial performances. CBR didn't provide a list of authorized forex brokers, although Russian residents could contact the CBR directly to verify authorisation.

The Best Forex Brokers in Russia

Alfa Forex owns dual licenses from Central Bank of Russia as well as CySEC. Therefore, they have sufficient legal background and compliant with the rules of client protection. The broker is established in 2003 and facilitated forex trading through Metatrader5 (MT5). Alfa Forex provides a lot of free educational materials which makes it great for beginners.

On the downside, the broker is strictly bound by legal requirements and could not freely provide consultation or digital payment options. Clients could only process deposits and withdrawals through either bank transfers or credit/debit card. You would also be asked to provide several credentials in order to be able to use their live chat. Get to know them better through Alfa Forex official site. FINAM facilitates trading for several asset classes, including forex, shares, bonds, options, and futures, aside of banking. Therefore, FINAM provides at least 15 trading platforms for specific trading activities. Some of them are:

FINAM also offers asset management to help investors who need help in managing their funds. Get to know them better through FINAM official site.

VTB Forex proclaimed itself as the leader of forex market in Russia. The broker facilitates trading on 24 currency pairs (including rubles) through Metatrader5 with minimum transaction of 0.5 lot and maximum leverage 1:40. They also provides a lot of informative tools for clients, such as Dow Jones news stream, economic calendar, and VTB Forex Traders Sentiment Index.

But the broker also has the same limitations as the Alfa Forex and FINAM. VTB Forex only process deposits and withdrawals through either bank transfers or VTB-online. You would also be required to identify yourself before requesting their services. Learn about one of the best forex brokers in Russian through VTB Forex official site.

So, which forex brokers would you choose? If nothing interests you, there is also the option to choose top forex brokers that are licensed in other countries. Several forex companies of Russian origin have moved to Europe -mainly Cyprus and UK- in order to ease global expansion. Here are some of them that might be good for you.

Exness is authorised and regulated by UK Financial Conduct Authority (FCA) under registration number 730729. The company is also registered across Europe through MiFID II. Exness is very suitable for traders with low capital requirement and various account offerings. You could enjoy fast order execution, instant withdrawal of funds and free of commissions for most payment systems. Exness official website is available in two dozens of languages, including Russian. Read further on Exness broker review.

XM Group is authorised and regulated by the Cyprus Securities and Exchange Commission (CySec), legitimizing its operations across Europe. XM Group offers over 1000 instruments for trading, zero fees on deposit and withdrawals through most available payment gateway, multi-language website and personal account managers. Read further on XM broker review.

A few years ago, Alpari was the most famous Russian forex brokers worldwide. Its popularity dropped following tragic losses suffered by its UK entity in 2015. Alpari further suffered due to CBR's decision to revoke their Russian licenses in December 2017. Currently, Alpari only registered in Belarus and St Vincent and the Grenadines. Nevertheless, Alpari is still one of the most favourite brokers for Easter European and Russian residents. Read further on Alpari broker review. What are the Top Forex Brokers in Dubai? 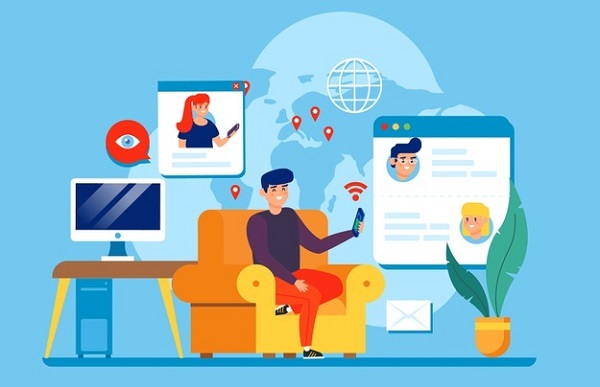 Forex Broker Cheats: What are They and How to Anticipate Them How to be a Professional Day Trader The Secrets of Successful Scalping Strategy ThinkMarkets Offer The Ease Of Copytrade with ZuluTrade