Do you remember an Australian insider trading case related to forex back in May 2014? The two perpetrators, Lukas Kamay and Christopher Hill, were sentenced on Tuesday (16/3).

Do you remember an Australian insider trading case related to forex back in May 2014 ? The two perpetrators, Lukas Kamay and Christopher Hill, were sentenced on Tuesday (16/3) according to ruling by the Supreme Court of Victoria. Wall Street Journal reported that the judge ruled Lucas Kamay, a trader in National Australia Bank (NAB) has made a gross profit of more than 8 million AUD (6 million USD) by trading on several pieces of government data unlawfully obtained by Christopher Hill, an employee of Australian Bureau of Statistics. What is interesting though, is the story of greed and betrayal that was revealed in court. As every self-respecting trader know, labor statistics are highly influential in the market, and if one is able to predict market moves following those data releases correctly, then he is guaranteed a huge profit. What old school mate Kamay and Hill realized is that they can work together to gain that profit as Hill is able to access data before its release due to his job as an analyst in Australian Bureau of Statistics. Kamay and Hill hatched the plan in May 2013; afterward, Hill copied ABS labor statistics and unlawfully passed it on to Kamay to be used in forex trading. Kamay, in turn, opened trades from an account in Pepperstone, one of the biggest brokers in Australia, to make profit.

ForexMagnates wrote that at first, the two agreed to restraint their profits by stopping the scheme after attaining a balance of 200,000 USD. However, Kamay became greedy and subsequently opened other accounts with Pepperstone and AxiCorp, also one of the big brokers in the country. It was one of Kamay accounts-on-the-side that blew the whistle, as he managed to pile 5,372,000 AUD from eight trades.

Investigations commenced after ASIC received both Pepperstone and AxiCorp report on suspicion of insider trading in February 2014. The two perpetrators were arrested in May, and the rest is, as they say, history. Both pleaded guilty, although of course, Kamay recorded heavier offenses than Hill. Hill is sentenced to 3 years and 3 months jail time with 2 years without parole, while Kamay has to serve 7 years and 3 months with 4 years and 6 months without parole. Well, the two has already been fired by their respective workplace, so they would probably welcome their new job as residents of Australian prisons rather than struggling to find other job during such a high unemployment period.

This case may not be the last forex insider trading that happen in the land down under. Another suspicion of insider trading arose recently in early March related to spikes following Reserve Bank of Australia interest rate announcements, although we may have to wait a while until further details are disclosed to the public, if any. 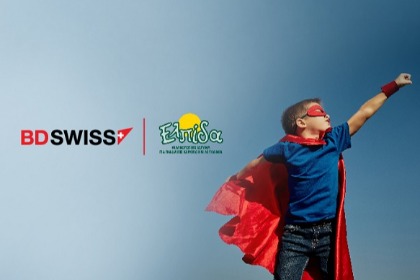 BDSwiss Makes Donation For Children With Cancer And Leukemia Forex Trading in the UK: Basic Guides and the Brokers How Much Leverage from Broker You Should Use? Fixed Spread Vs Floating Spread: 5 Things You Should Know Pros and Cons of FBS Broker