Initial Coin Offering (ICO): Is It Worth the Hype?

Companies and individuals are enthusiastically considering initial coin offering (ICO) as a way to raise capital for their crypto coins. What exactly is an ICO and how does it work?


The expansion of digital assets such as cryptocurrencies continues to provoke start-up companies to participate in spawning their own version of crypto coins. However, the high cost required to create crypto prompts these companies to hold ICOs.

What is ICO and how does it work? Let's find out everything you need to know about ICO and the pros and cons below. What is an ICO?

Initial Coin Offering or ICO is similar to crowdfunding where businesses raise funds for cryptocurrency projects. The system works the same as an initial public offering (IPO), except for the fact that ICOs are largely unregulated and give investors little or no rights.

Usually, a company that wants to raise money to create a new coin, app, or service will launch an ICO as a way to get funds. In exchange, interested parties investing in the project would receive a new crypto coin or token issued by the company.

You may be wondering what is this token used for? Tokens function like units of currency that provide investors with certain benefits from projects run by issuing companies. Tokens could also be in the form of cryptocurrency provided. They can give their holders access to corporate services, grant them rights to corporate dividends, and many others.

See Also:  Crypto Coin Vs Token: Which One is Better?

A Brief History of ICO

ICO was first started in 2013 by Mastercoin, a digital currency and communications protocol. At that time, Mastercoin raised approximately $5 million. The success was then followed by Ethereum's ICO, which raised around $18 million.

Today, the skyrocketing price of cryptocurrencies has boosted the popularity of ICOs. In 2017 alone, companies raised more than $7 billion using ICOs. In 2018, the number has doubled. The record for the largest ICO of all time is still held by Telegram, an instant messaging service provider. During the private ICO, the British company managed to raise more than $1.7 billion in funds.

How Does ICO Work?

To make it easier to understand how ICOs work, let's imagine that you are the owner of a startup company who wants to create a new cryptocurrency for parking payment. Say, you name it as CarCoin. To complete this fantastic project, you need funds. You can go to the bank, but there is a high chance that the loan request will be denied. This is the moment you need to launch an ICO.

The first step is to create a document detailing exactly how the system will work (usually called a white paper). The white paper explains the description of the project, the usefulness of the coin after the project is completed, how much it will cost, how many virtual tokens will be generated, and how long the ICO campaign will run. To further highlight your project, you may prepare a functioning website. When the ICO time arrives, all of the details will be taken into consideration by investors so they can decide whether to invest in the project or not.

If many people are interested, you can ask them to send funds in crypto or fiat currency. Assuming you already have several pieces of early CarCoin, you are entitled to share it with investors as a token of return.

What if the fundraising is far below target? As a consequence of that, the money can be returned to investors and at this point, your ICO is declared as failed.

Initially, the factor that causes investors excited to participate in an ICO was the hope that the crypto coin would be successfully launched and well received by the public. If everything happens according to plan, the value of the tokens investors bought during ICO will go up and they can make a large profit. Are you interested to be an investor? For that matter, there are many other ICO benefits you need to know:

Meanwhile, as an ICO initiator, you will get the following benefits:

ICOs are becoming more and more accepted since many people are interested in hopes of quick and strong returns. Unfortunately, ICOs can be misleading for investors because they also bring challenges, risks, and unexpected cases such as:

Not only investors, but ICOs are also risky for ICO initiators because:

Bear in mind, ICO is a new concept that raises a lot of concerns: the value of the tokens issued, no regulations, and the potential of fraud. However, not all ICOs are scams, and many do provide a legitimate means of raising project funds.

Thus, in the future, raising capital through ICOs is expected to be more complex in such a way that not everyone can become an initiator or investor, as the crypto market grows and new official regulations are introduced. Sooner or later, time will tell whether an ICO is bound to be a promising crypto funding business or just a "get rich" scheme by scammers.

Pros and Cons of Paying with Bitcoin

Blockchain Consensus Protocols that You Need to Know

How to Invest in Bitcoin ETF?

How to Avoid Double-spending in Cryptocurrency

3 Types of Crypto Apps that You Need to Know

Top 15 Most Powerful Quotes on Cryptocurrency 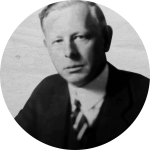