Hedging vs Netting in Forex Brokers

Did you know that there are several brokers with trading platforms allowing both hedging and netting? What are the differences between the two options? However, there is one trading technique that is considered illegal in the US: Hedging. In 2009, the National Futures Association (NFA) had sparked a stir in the forex industry by introducing the new FIFO (First In, First Out) policy. The policy basically prohibits US forex traders from hedging the same currency pair. This rule is then applied to all US-based forex brokers.

Not long after, several trading technology companies refined a platform that is equipped with anti-hedging features to avoid illegal hedging practices. Unfortunately, this idea was firmly rejected by forex traders outside the US. As a result, companies and brokers provide a new option called hedging and netting, which can be activated or deactivated based on the trader's account type.

So what is the difference between hedging and netting? What are the advantages of each type? Read the rest of the article to find out.

Hedging: Flexible in Every Way

To put it simply, forex hedging is a trading method that allows the trader to open several positions at once, either in the same or different currency pair. The goal is to protect the trading funds from unfavorable conditions and reduce the risk of getting significant losses if the price suddenly goes against the trade.

The principle of hedging is that each of the new positions opened will be recorded as a separate trade from the last one. So, for example, you buy 1 lot of GBP/USD and an hour later you sell 0.5 lot of the same currency pair. The two trading positions will then be recorded separately in the history of your transaction. If the buy order turns out to move in an unfavorable way, you can close it and let the sell position floats to gain profits. Although you lose from the first position, the amount of loss would be mitigated by the profit from the second position. If you're still unsure about the price's direction, you can keep both positions open until you get a clear signal from the chart. It would be helpful to set a stop loss level beforehand, so you are unlikely to lose too much. However, letting both positions afloat like that for a long time can potentially be a disaster because if both positions reach the stop loss level, then you will get double loss and spread. Therefore, make sure to assess the situation and manage the risk wisely.

Some of the advantages of using a hedging strategy are:

In contrast, the drawback of using hedging is that the transaction list can be too long and messy. On top of it, you must be able to calculate the breakeven point of all trading volumes on a single pair.

If you are still unfamiliar with the word netting, it basically means a trading method that only lets you have one position opened in one currency pair. So if you open two trading positions simultaneously, then it will automatically be counted as one, and the second position can add, reduce, or even close the previous trading volume. So in netting, opening multiple positions means combining them to produce a final net position. In contrast to hedging, netting the two positions will be recorded as one trade in the transaction history. For example, you buy 1 lot of GBP/USD, then an hour later, you sell 0.5 lot of the same currency pair. Right after you opened the second position, the buy position that was opened earlier will be partially closed by the system. This situation can happen multiple times, so you can open more positions to add or reduce trading volumes from the last position.

The advantages of using netting in forex trading are as follows:

Netting has its own disadvantages; it makes it impossible for you to set a stop loss and take profit for each trading position separately. Merging the multiple positions into one will then force you to be more careful in analyzing the price movement and so it reduces the flexibility of trading compared to hedging. Also, you need to be extra careful when placing a pending order because it is possible that the previous trading position is still opened when the pending order is triggered.

Hedging and Netting in Forex Brokers

Hedging and netting features are somewhat rarely discussed among MetaTrader 4 users. The reason is that this extremely popular platform only allows its users to hedge, so traders can choose to perform hedging without having to use netting as an alternative. Generally speaking, forex traders prefer to use hedging because it is considered more flexible and can potentially bring more profits. By opening multiple positions at once, they can reduce the amount of loss while at the same time, hoping for the other positions to cover the loss and gain extra profit. However, there are also some traders who prefer netting because the risk management is simpler. They only have to focus on one position and gain profit as much as possible. Other than that, it is also worth noting that not all trading platforms support both hedging and netting features. By default, most old trading platforms only allow the hedging system. The pioneers that brought together hedging and netting features were the cTrader platform, followed by MetaTrader 5, and a number of proprietary platforms from certain forex brokers (especially from the US). By using these newer platforms, traders can choose to do hedging or netting depending on their needs and preferences.

For your information, the more recently released MetaTrader 5 originally directed its users to the netting system. If a trader tries to open a second position in the opposite direction of the first position, the platform will automatically net the amount of trading volumes and partially or fully close the position.

However, after years of high demand from the international traders, MetaQuotes decided to add the hedging system to the platform, which then could attract more brokers so they could begin offering this feature to clients. Now traders can maximize the use of their strategy, whether it is hedging or netting using this platform. In this case, brokers can choose to enable or disable this functionality, as some regulators, especially in the US, do not permit hedging practices. As for the question of which system is better, it all comes back to the trader's preference. We mentioned that some traders think that hedging is more flexible because they are more flexible. But in some cases, managing multiple open positions can be complicated. Hence, they prefer to use netting that simplifies the risk management by only focusing on one open position.

Apart from that, don't forget to check your broker along with its regulator, whether they allow hedging and netting practices or not. Also, check if the provided trading platform only allows hedging system, netting system, or both. Should you prefer to use hedging over netting, learn how to choose the best forex broker for hedging.

Everything You Need to Know About FXCM Withdrawal Process

How to Identify Fake Broker Reviews

History of Forex: Which Is The Oldest Forex Broker In The World?

How to Invest in Stocks with eToro 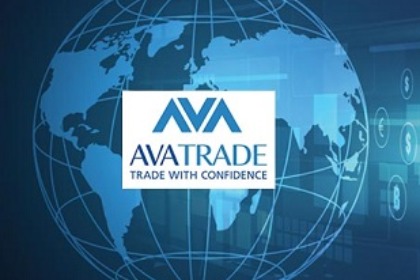