The UK has the FCA, the PRA, and the FPC as the centers of financial regulation in the UK. What are they and how do they distribute their roles?


Financial regulation in the UK never stands still. The UK government always amends the regulations to keep up with the ever-changing dynamic in financial sectors. It is a long history, but the current regulators are products of past events and experience. 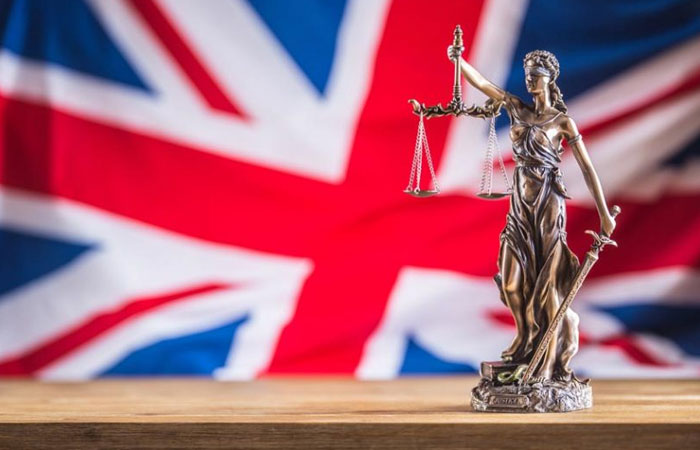 The Financial Services Authority (FSA) was initially established in 1985 as the Securities and Investments Boards Ltd (SIB). The government bestowed the power to monitor the financial market on the SIB, who then passed this responsibility to self-regulatory organizations working in particular financial sectors. Some of them were the Financial Intermediaries Managers and Brokers Association (FIMBRA), the Life Assurance and Unit Trust Regulatory Organisation (LAUTRO), and the Securities and Futures Authority (SFA).

Self-regulatory bodies were heavily criticized by the public for their failure to enforce regulation effectively. A series of scandals that took place in the 90s was seen as an indication that there was a need for a single regulator that could protect customers. Thus, the Parliament of the UK passed the Financial Services and Markets Acts 2000, under which the FSA effectively took control of financial regulation starting from 2001.

See Also: FSA Vs FCA: Exposing the Differences and the History

The FSA had its share of problems too, primarily from the banking crisis that arose from the global financial crisis of 2008. The FSA's failure to oversee the banking industry - which saw many big banks on the brink of collapse - among many other criticisms, led the UK government once again to reform their financial regulatory frameworks.

In 2013, the Financial Services Act 2012 came into effect. The FSA was abolished, and financial responsibilities were split between two new regulatory bodies, which were the Financial Conduct Authority (FCA) and the Prudential Regulation Authority (PRA). Furthermore, the Financial Policy Committee (FPC) of the Bank of England was also created.

As of today, the FCA, PRA, and FPC constitute the financial regulatory structure in the UK. Even though these three bodies have separate and independent responsibilities, they co-operate and co-ordinate with each other to regulate and supervise financial services in the UK. Let's discuss the three agencies one by one.

The FCA is controlled by the UK's Treasury and Parliament but operates independently of the government. It does not receive funding from the government. Instead, it is financed by fees charged to its members i.e. firms that operate in financial services. Financial firms must follow registration procedures that can take up to one year before receiving authorization from the FCA.

The FCA's main responsibility is to regulate the conduct of financial services in the UK. In a broader scope, the FCA's responsibilities include:

The FCA has the objective of ensuring that financial markets work well in accordance with the regulation. By doing so, the FCA strives for:

As of today, the FCA regulates around 51,000 financial firms and supervises prudential regulation for 49,000 firms in the UK. All these firms have to meet the FCA's statutory standards in order to be allowed to operate their business. The types of firms that must be authorized by the FCA include banks, building societies, credit unions, claim management companies, consumer credit firms, financial advisers, general insurers and insurance intermediaries, electronic money and payment institutions, investment managers, mortgage lenders and intermediaries, life insurers and pension providers, mutual societies, sole advisers, and wealth managers. Forex brokers and other trading service providers are also members of FCA-regulated firms.

Compliance with the FCA Regulations

Once a firm is in operation, the FCA will closely monitor its business activities. A firm must respond to all requests made by the FCA, including providing information and publications if required. Regulatory reports must be submitted on time, and supervisory notifications must be addressed quickly.

To encourage compliance with the rules, the FCA will also pay regulatory visits, which can be divided into these types:

Regulated firms are expected to, among others, prevent money laundering schemes, avoid reckless competition, and protect customers (particularly from the cyber security side with regard to their private or sensitive information). Should there be any foul play; firms must contact the FCA immediately.

The PRA is responsible for prudential regulations in the UK. In conjunction with the FCA, the PRA also has powers to authorize certain financial firms. In general, the PRA has statutory objectives to:

In order to meet these objectives, the PRA applies these approaches to its supervision:

The PRA regulates around 1,500 financial institutions which include banks, building societies, credit unions, insurers, and major investment firms. In the case of dual-regulated firms (firms authorized by the PRA and regulated by both the PRA and the FCA), the PRA is the lead regulator. However, the FCA is the lead regulator for solo-regulated firms (firms authorized and regulated only by the FCA). Compliance with the PRA Regulations

According to the PRA rulebook, there are 3 areas of the PRA regulations. Firms must comply with the regulations depending on which classification they fall into.

The PRA also has statutory requirements called the Threshold Conditions, under which firms must maintain appropriate capital and liquidity as well as suitable management. Authorized firms, including dual-regulated firms, should reach out to the PRA should an incident arises.

A committee of the Bank of England, the FPC membership typically consists of the bank's Governor, 4 Deputy Governors, and the Executive Director for Financial Stability and Risk. In addition, the Chief Executive of the FCA, five external financial experts, and an observer from the Treasury are also appointed to the committee.

The FPC is responsible for identifying, monitoring, and taking action to remove or reduce systematic risks with a view of protecting and improving the stability of the UK financial system. The FPC has a secondary objective to support the economic policy of the government that promotes the safety and soundness of the financial system.

See Also: Forex Trading in the UK: Basic Guides and the Brokers

The FPC publishes a Financial Stability Report twice a year, in which the committee identifies the main threats to financial stability and evaluates the preparedness of the current financial system to withstand the threats.

The FPC also works with the PRA to perform regular stress tests for the UK banks once a year. The tests are designed to assess whether a bank can survive economic shocks and contribute to the economy should a turmoil comes into a reality. Banks that perform badly are required to inject capital to improve their resilience to potential losses. This is in order to maintain a stable financial system, particularly in the banking sector.

The UK adopts complex financial services regulations to protect not only customers but also firms that engage in the business. If banks collapse, or if insurance companies cannot pay out on policies, customers also become the victims. And this will eventually affect the stability of the financial system. This is where FCA, the PRA, and the FPC are established. In brief, the FCA acts as a regulator to financial service companies, the PRA serves as a prudential regulator that ensures safety and soundness of financial institutions, and the FPC is a board that protects financial stability.

As a regulatory agency that watches over forex trading companies, the FCA remains one of the top institutions in the scope of global forex trading. What if it's compared with another known credible agency? Find out in UK FCA vs ASIC, Which Forex Regulator is More Reliable?


With years of trading in the market and useful lessons I experience firsthand, I wish to provide forex traders with tips and tricks that can improve their skills and strategies.

Do You Have to Trade with Regulated Brokers?

Trading in an Offshore Broker: Pros and Cons

Your Simple Guide to Offshore Trading

What Beginners Should Know about FIFO in Trading